Twinships was originally presented in July 2010 at Dancehouse, Melbourne- one result of a six-month housemate residency. I wanted to re-present it in a gallery setting re-working aspects of it to make changes and edits. I wanted it to be messy and reveal the more theatrical apparatus used is recreating a performance work for a gallery setting.

Working again with Michael Munson and Rose Connors Dance (in sound and lighting design) this project grew differently. Rose was living in Berlin so discussions we had about the re-presentation happened in different spaces and time zones and often through my verbal cues and through viewing th work on a two dimensional screen. We all re-experienced the work through a process of  transmitting and (mis)understanding verbal and image cues.

The gallery space became a working space to rehearse in and to reconfigure the work. Over a period of 5 weeks, the technical apparatus was present in the space, an image of myself in the gallery space was ever-present and projected onto the wall, moving, looping and fading to reappear to move and loop again.

Performances happened each Friday and Saturday evenings. The audience, now seated on two sides and in very close proximity had a very different reading of Twinships.

"Five detached motifs brought in to a circular realm of otherworldliness. The evocative drone cast upon a lone vanity chest of mirrors sparks light into the unkindly darkness. Fluttering creatures charge the surface. Treasonous waters ahead, a movement a swing of an arm and an opening of a wing. The gyrating un-relenting, a string of sonority, a swipe of a brush, a look into the red eye of dawn. Undecided cohort, trades the pulsating fame of interloping majors. Bounce bounce, kick kick, spin. Stop. Wander. Stop. Light. Black grind, harmonically flicker" Owen Armour

Many thanks to Danny Lacy, Kelly Fliedner and Cheries Schweitzer at West Space 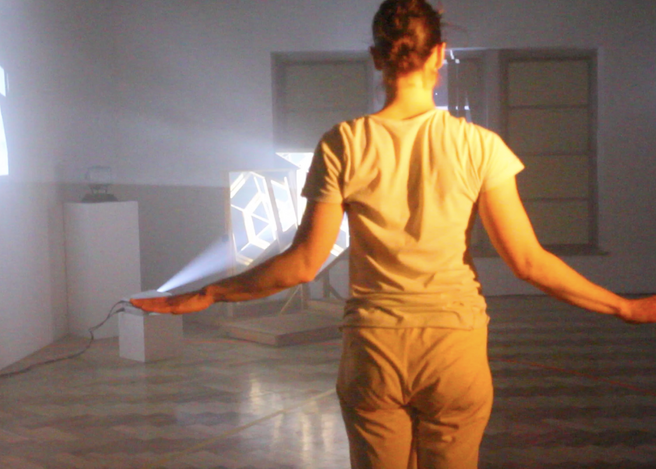 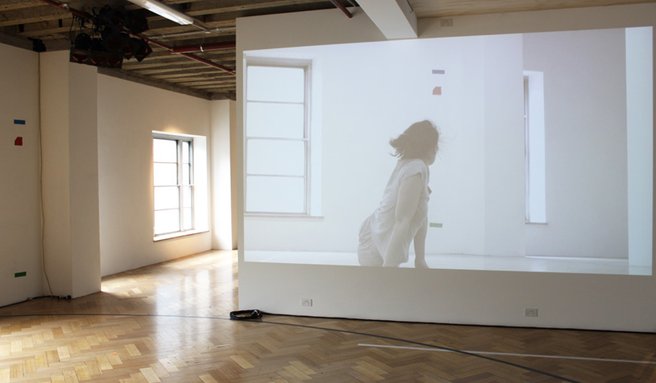