The Interlude: an early form of English dramatic entertainment, sometimes considered to be the transition between medieval morality plays and Tudor dramas.

The Interlude takes into consideration the private and public nature of this program. It works towards something created in direct response to the room, as well as the studio in which it was created, the sounds of the hotel suite and the studio and the activities occurring directly outside the hotel and the window below suite 301.  It considers relationships; between the audience inhabiting the space, the private relationship I have to the sounds I hear through headphones, what I watch on a screen, what is displayed on the hotel television screen and the relationship the audience makes between what they hear, see and watch. I allow this private yet very public arena to change my behaviour and that of those watching using the existing scenery of the  suite.

supported by Public Art Melbourne and Gertrude Contemporary. With thanks to Mark Feary. 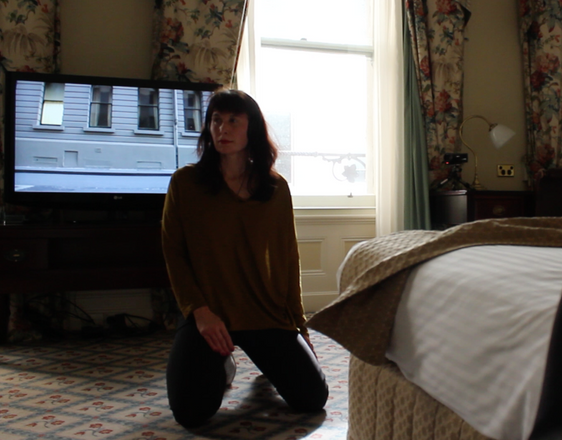 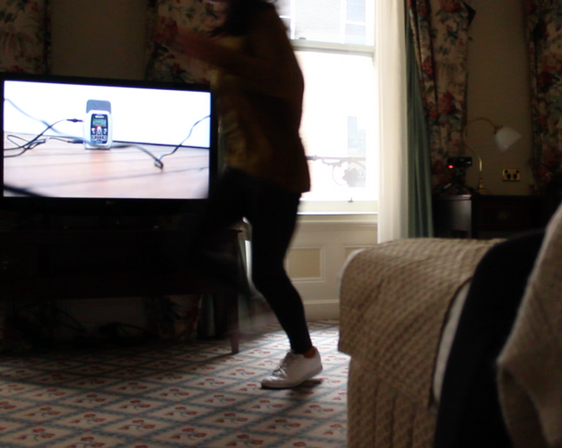