Siteless was created as a result of my fascination between sound and movement. It was created for a small space but imagined for a large arena. In my mind was the idea of a drummer manifesting sound through intense physical action which at times I would attempt to replicate and other times ignore.

The before and the after moments of impact- the sound reveals the present moment for the audience, the continuous now moments.

Created for the 2010 Pieces for Small Spaces season at Lucy Guerin Inc. December 2010 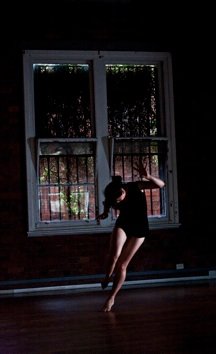