RE ENACTMENTS FOR TEST SITES was proposed as a testing of new ideas on three sites in the Melbourne CBD: St. Paul's Cathedral, the forecourt of the State Library of Victoria, and the privately owned plaza at the rear of 360 Collins Street.

I undertook research for all sites two months prior to testing day. I visited each site and observed from both within the site, across the street and other buildings. Due to various reasons I was only able to undertake actual testing at the one site- outside St. Paul's Cathedral.

Over 5 hours I conducted interview with visitors, activated the site through movement and stillness,  and re-enacted a work, Doublage that was initially performed outdoors in Errol Street North Melbourne for Dance Massive 2013. 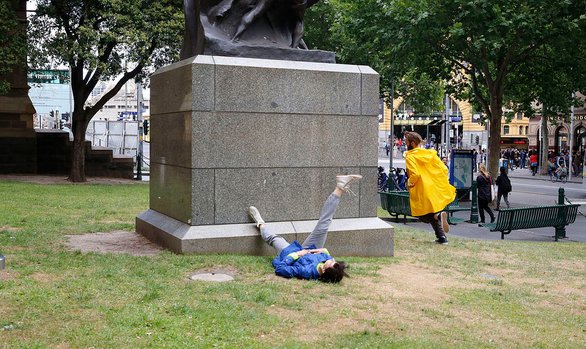 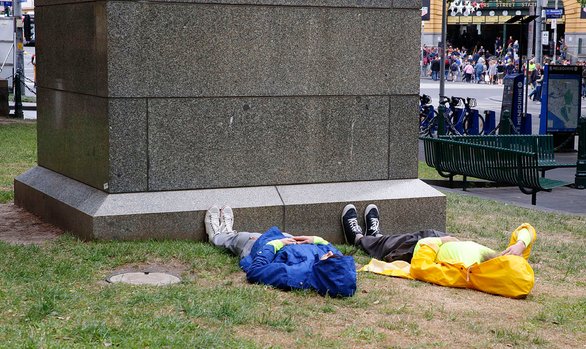