Doublage was created in response to a proposition to create a work inspired by a text on turning.

Doublage offers two points and two modes for listening and watching in order to establish a temporary, yet deeply empathetic and intimate relationship with all that we see.

It took place in front of a mirrored office window on Queensberry Street, North Melbourne. The performers were situated in front of the window with the audience gathered in front. Th performers could watch themselves, watch one another and the audience, and the audience could also watch themselves and watch other audience while watching the performance. Selected audience members held high five looping 'buddha machines' and a roving buddha machine was further amplified using a megaphone.

Created and performed for Action/Response curated by Hannah Mathews for Dance Massive 2013 at Arts House. Supported by the City of Melbourne and Arts Victoria 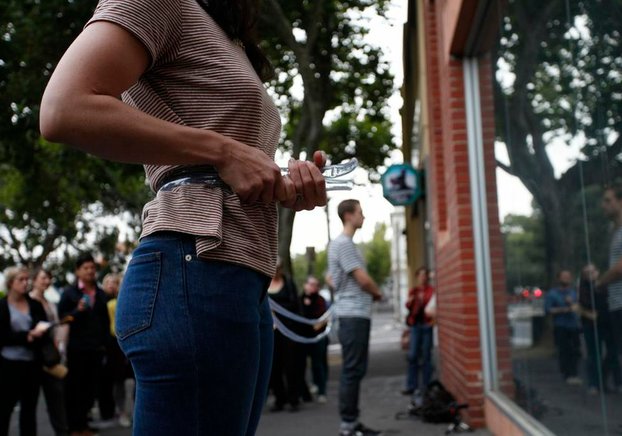 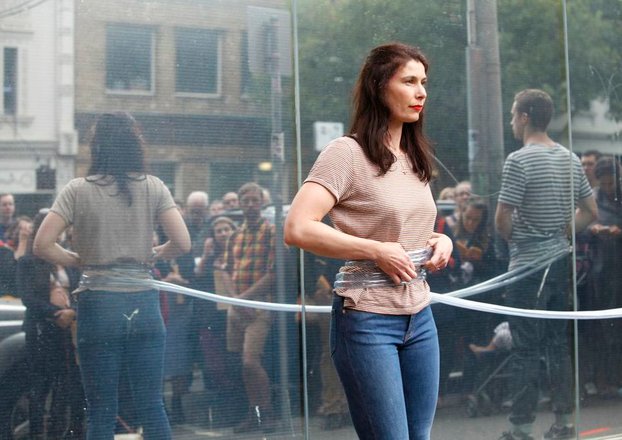